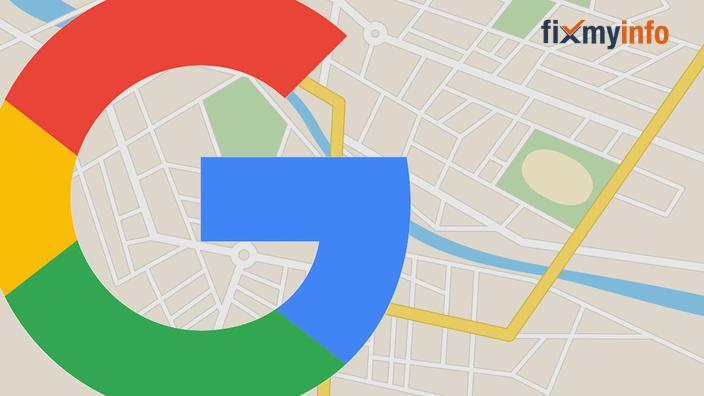 Google announced last week that they had recently conducted a study to research the actors behind fake listings on Google Maps.

The study points out that “geographic proximity is the coin of the emerging localized-search realm,” which matches what I observed with the Possum update in 2016. This major algorithm update was responsible for making proximity to the searcher the #1 ranking factor for local search. This drives up the incentive for companies to create fake listings, since they need more “locations” in order to monopolize the search results and maximize exposure.

There were some things I saw in the study that were very helpful to know:

When I first read the statement, “Our study shows that fewer than 0.5% of local searches lead to fake listings,” I actually laughed. But then I read the study and began to understand why they came to that conclusion: The study only looked at listings that were suspended.

In collaboration with Google, we examine over a hundred-thousand business listings that appeared on Google Maps between June 1, 2014 and September 30, 2015 and were subsequently suspended for abuse.

This didn’t look at all the listings the algorithm didn’t catch.  That statistic is not accurate whatsoever as a representation of all searches done on Google. They further state:

In our study, we treat any listing that was in a suspended state at any time as abusive, while we treat all other currently active listings as legitimate.

If Google’s algorithms were perfect and caught every single fake listing, this would be a good way to approach this. Unfortunately, nothing could be further from the truth.

The study also states that they found 25.7 percent of abusive listings were in the locksmith category. This makes sense, since the algorithmic triggers for a suspension for locksmiths are not the same as for other industries. Google has been much harsher on locksmiths in the last year, and we see way more suspensions for them on the Google My Business forum. This is really more of an indicator that Google is penalizing locksmiths more than other industries, not necessarily that more spam exists in that industry.

I agree that Google’s algorithms are getting smarter and better at catching spam. Nevertheless, here are the major issues with Maps spam that this study didn’t address.

The Google My Business phone support team seemingly lacks the ability to understand what spam is and how to detect it. I had a recent case of an attorney that I brought up to Google. This guy has over 20 fake listings at addresses that he rents via virtual office providers. They are all listed as open during regular business hours, and many of them aren’t within driving distance of one other. (In other words, you’d have to hop on a plane to get from one location to another.)

Here’s the kicker: there are exactly two lawyers working at this firm. Please tell me how two attorneys are able to operate over 20 locations at the same time. This seems like common sense to me, but apparently not to Google, which decided to keep them all active.

Advanced Verification will never solve the problems the algorithm doesn’t catch if the operators looking at the listings don’t know how to tell what’s real vs what’s not. It’s only launched in a few areas in California, and yet here are three examples from the last month that somehow passed advanced verification and shouldn’t have:

You would think that Google could see this pretty easily, since the mailing services are using the exact same address on their listing on Google Maps.

The number of fake listings I see on a regular basis using virtual offices is enormous, and these listings seem to go completely undetected by Google. I’m not sure I’ve ever witnessed a single case where listings got automatically flagged for using a virtual office service. Even when they are reported, these types of listings often get reinstated by the Google My Business support team.

3. Multiple listings that are set up using employees’ home addresses

This is a common pattern I’ve seen on one business that has multiple listings. I had to argue with Google for months last year to get them to remove a listing for a marketing company in Toronto that set up multiple listings in multiple cities using the home addresses of their employees. They kept stating that the listings were legit, even after I called the business and asked for directions to their fake location (the girl on the phone was very confused) to confirm they didn’t exist there.

This has been a spamming strategy that has worked well ever since Google Places first came into existence. There currently is no penalty in place for businesses that decide to add extra words to their business name to help with their ranking. Instead, they reap a ranking benefit until someone reports them. When reported, Google might actually remove the keywords from the title, but then the business owner can just go add them back via the Google My Business dashboard.

The number of fake reviews I’ve seen reported on the forums seems to be on the rise. It’s not just business owners who pay for fake positive reviews, but also people who leave negative reviews for their competitors, like the case that Casey Meraz looked at here.

Spammers will upload tons of photos highlighting their services on the listings of their competitors. Tim Capper lists some examples here.

I was happy to see Google release information that shows they are aware of some of the issues around Google Maps spam and are doing things to help fix it. However, until they decide to invest more in training and educating their support staff on spam, it seems that the users who attempt to report the spam that the algorithms missed will continue to feel like they are talking to a brick wall.