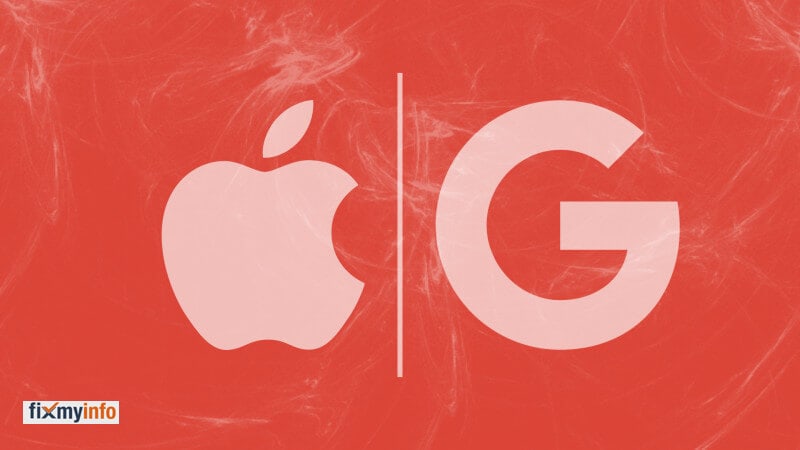 by Greg Sterling for SearchEngineLand

According to a survey from Fivesight Research, Siri had a larger share of mobile search than Bing or Yahoo.

A new study from Fivesight Research, “US Consumer Search Preferences Smartphone & Desktop: Q1 2017,” finds that Siri is the mobile “search engine” of choice after Google. The study was based on a survey of 800 US adults split roughly evenly between iOS and Android users.

Google was by far the dominant mobile search engine, with an 84 percent aggregate share among respondents. Among Android users, Google’s search share was 90 percent. Among iPhone owners Google had a 78 percent share. After Google, however, Siri was named by more respondents as their “primary search engine” than Bing or Yahoo. (However, this doesn’t reflect query volume, just identification as the primary engine of choice.) 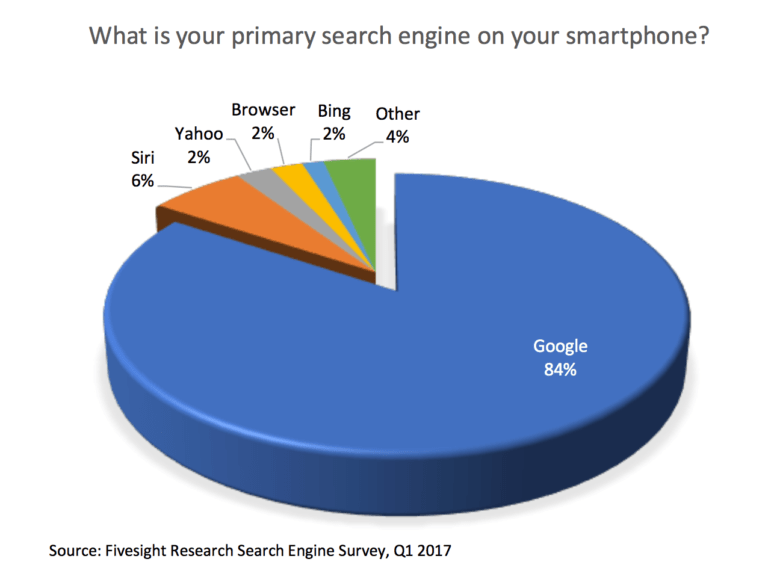 Siri was the primary search engine of 13 percent of iPhone owners. This finding is significant because it suggests the long-term, potentially disruptive impact of voice and virtual assistants on traditional “query in a box” results. It’s important to point out, however, that these responses reflect self-reported data and many not line up one-to-one with behavior. 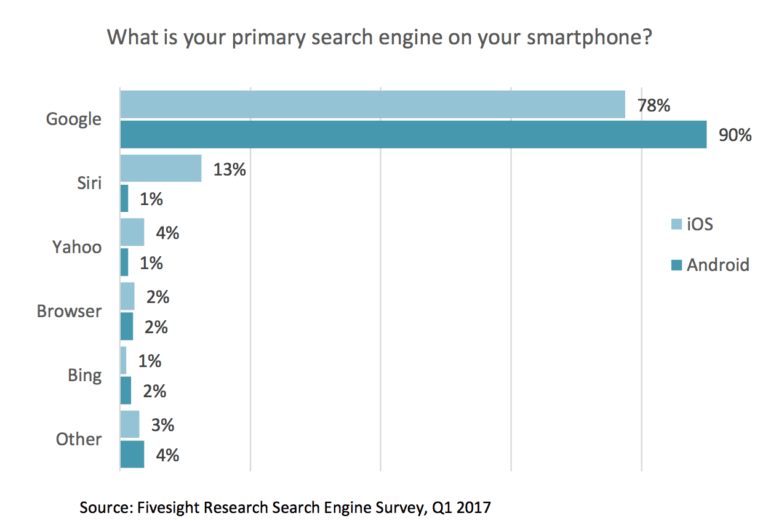 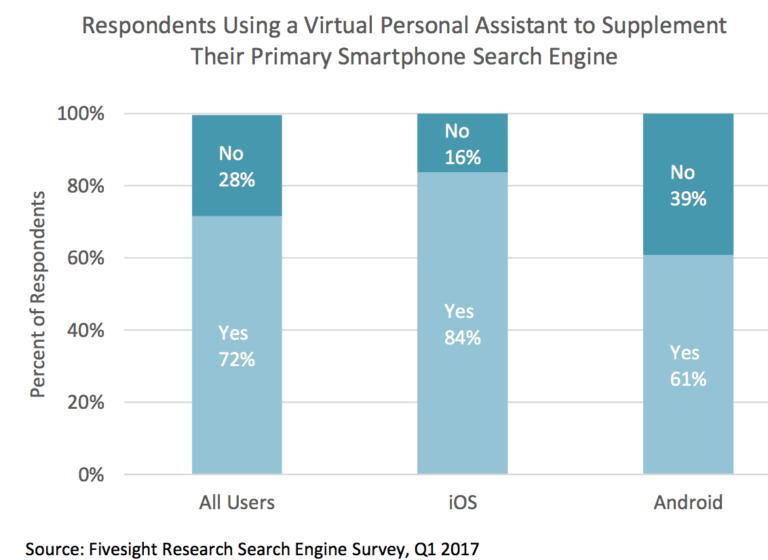 Only 16 percent of iPhone owners did not use a virtual assistant, while just under 40 percent of Android users did not. Among iPhone owners who used assistants other than Siri, 10 percent used Google Now, and 4 percent cited Cortana. Among Android users, 24 percent were using virtual assistants other than Google’s own, with 10 percent using Cortana and the remainder distributed across several others, including Viv. 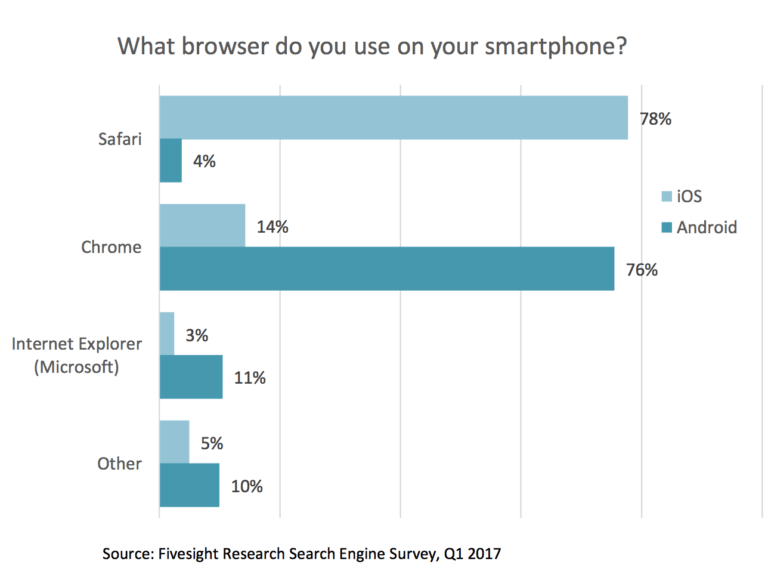 The survey also found that Chrome was the dominant mobile browser, with a 48 percent share, followed by Safari, with 37 percent. Roughly 14 percent of iPhone owners used Chrome as their primary browser. However, Android owners reported a higher level of non-Google browser use, with 11 percent choosing a Microsoft browser and another 10 percent using “other.”